We believe that creative films should inspire and elevate viewers, offering alternatives to the content of most films these days. We do not create movies for merely entertainment’s sake. MIP is a Christian, Hawaii-based company and our goal is to engage all viewers in a positive fashion, with relatable films which have wide-audience and international appeal.

We offer unique, compelling and intelligent films (and music videos) that are relatable and original, with witty dialogue and intriguing characters. MIP films are based on uplifting morals, making for great family style entrainment. We have observed that our society is strongly influenced by the media. We believe dark and negative media desensitizes the viewers and in some cases (with the help of web sites that promote senseless violence), encourages viewers to commit violent acts and crimes. This is especially true for unsupervised, young viewers who become influenced by violence in the media at a vulnerable age.

In negative films, websites and video games, viewers are bombarded with; murder, gratuitous violence, sex, witchcraft and entities of spiritual darkness, such as zombies, demons, vampires, etc., promotingmany negative results such as immorality, depression, violence and fear, etc. These types of films do not uplift and enlighten, but instead drag viewers down emotionally as well as spiritually.

MIP is currently in pre-production in a romantic comedy entitled, “Hawaiian Time”, a feature, to be filmed on Kauai, Hawaii in May of 2022. We are also seeking sponsors and investors for the production of Fault Line – an action adventure about the Big Island Volcano, which features military action and VFX(special effects). “Fault Line“ is also an epic adventure novel now available on Amazon.com See our book website Fault Line Hawaii.com

^top of the page 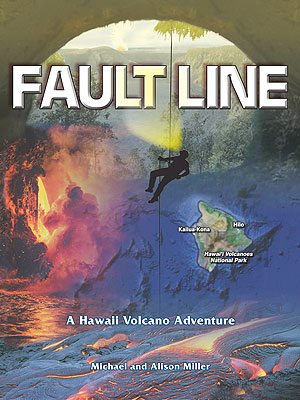 This fast-paced, fun and interesting adventure novel is

NOW published and can be purchased @ www.faultlinehawaii.com